As a makeup artist in Los Angeles, CA from time to time you will run into some personalities on set that just don’t mesh well with yours. What should you do? Keep it professional. Do not participate in negative speech and behavior on set. As makeup artists in some instances were already seen by some as unimportant but yelling or throwing fits will certainly not help. Keeping your calm can be difficult when dealing with a difficult talent. Let the assistant director know what’s going on. The AD will handle the situation or bring it to the attention of the producers if needed. Remember who hired you. On set each talent and crew is hand picked by production because their specific talents will be a great contribution to the project. Stay in your lane on set. That means don’t make comments about the lighting or wardrobe if your hired for makeup. Or if your talent, don’t make comments about the makeup or hair styles. Most of the time the difficult talent are ones new to the industry and don’t actually understand how makeup and hair applications on set differ from those in the outside world or, are extremely self conscious and have no business in the industry. Talent needs to remember that they did not hire the makeup and hair team. Production hires the hair and makeup team and production dictates the way the hair and Makeup should be done. Production meetings are done with the department heads for hair and Makeup and talents are not apart of that planning. Talent needs to remember they are hired to play a character. Playing that character might entail wearing makeup and hair styles they don’t like. This is apart of the job and any talent that feels the need to question a makeup artist or hair stylist on set will inevitably cause issues on set. Remember, we are all hired to bring the producers vision to life. By saying you have an issue with the hair and Makeup look (no matter how wacky) is like saying you have an issue with the producers Vision and that they did not do a good job with their hiring processes. Remember talents, this is not a free “makeover” session for you. When you step in front of the camera your playing the character and portraying that. Not yourself, so saying things like “this lip shade does not go with my skin tone” or this is not the way I do my eyebrows” is out of line and completely inappropriate and rude. Sure that shade may not go with you and that may not be where you draw your brows but guess what... that is where the character your playing would draw their brows or the shade of lipstick they would wear. Depending on the project you may need to use some character makeup techniques. As we know changing shapes of brows and drawing them different than normal is a way to convey age, mood or distract from other features. Recently I was hired by a production to create a female children’s character. With the democratic of 3 to 6 year olds set in a land of make believe, the lead female character needs to appeal the demographic. To do that, certain familiar characteristics to characters in Disney movies were sought out in the selection of talent. Then it was my job to take those existing facial features and select the right hair and makeup application and enhance as well as change some features. For example, I gave the character a pronounced brow because Disney princesses and kids TV characters always have striking brows. As we Makeup artists know The pronounced brow also helps distract from the talents crows feet around the eye area. My female talent for this role had a lot of crows feet. It’s common for kids characters to be played by talents in their 30’s. The only issue for us as makeup artists is to make sure we do our job to make them look as young as possible.
If you ever have a difficult talent ignore them if possible and remember they did not hire you but if the talent persists bring it to the attention of production. Also, I challenge all makeup artists to stand behind each other. When someone sits in your chair and complains about the last makeup or hair they had it tells you a lot about them. Most of the time they are unreasonable. Instead of saying that makeup artist sounds awful why not say something like...”perhaps the makeup artist had specific directions for the assignment and since I wasn’t present I don’t want to comment. I respect my fellow artists.”
Labels: Key Hair Stylist Key Makeup Artist LA Makeup Artist LAHair Stylist 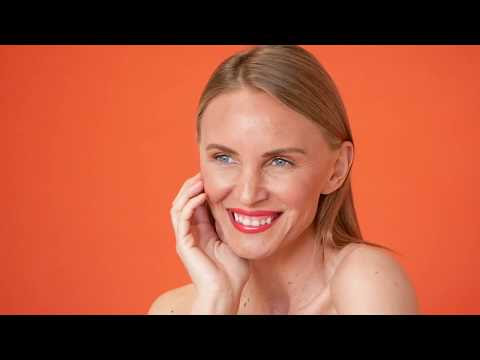 Hair & Makeup for Commercial Shoot with Before & After